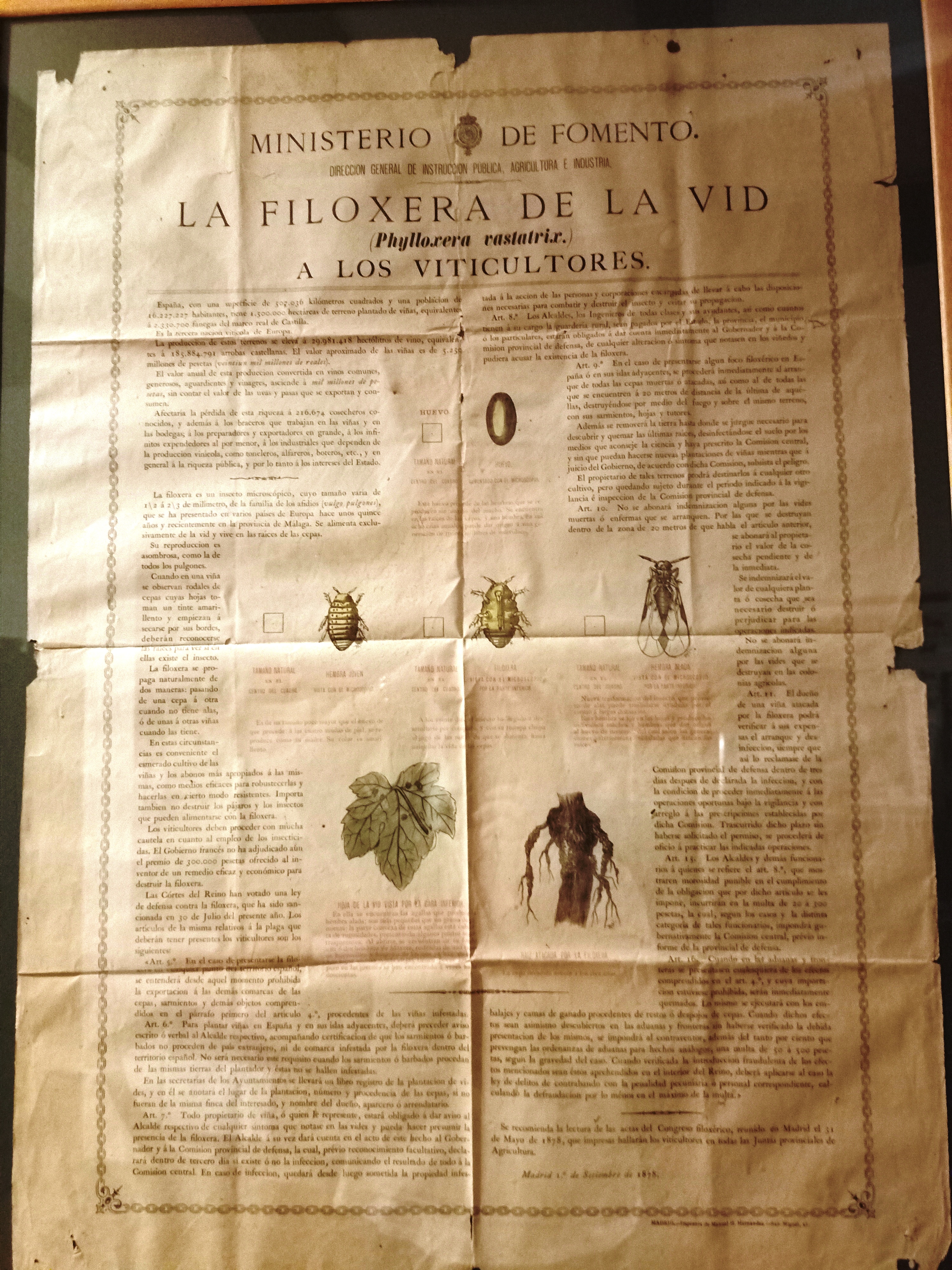 Did you know that … the first years of the winery, as soon as el Marquesa de la Solana started with the aging of its wines in 1880, himself and all the growers at the moment, had to deal with one of the most important wine problems in the history of wine?

I am referring to Phylloxera, a disease that almost wiped out European viticulture, although fortunately a solution was found through the use of resistant rootstocks, that began to be called “American foot” and on which the typical varieties of each area were grafted.

Phylloxera is an aphid whose only known host is the vine, an insect that enters through the root of the vine causing the branches to be cut the following year, the leaves lose their freshness and chlorophyll, taking a yellowish tone and causing the grapes to fall before maturity due to root rot and as a consequence the vine ends up dying.

Going back to history, on July 30th of 1878 The courts of Spain voted the first law against phylloxera in view of what was happening in other countries, such as France, to define preventive actions or actions to be taken if any winegrower detected the disease. That same year, some outbreak was detected in Malaga, but it would take a few years to arrive to Rioja. History tells us that in 1899 the first outbreak was detected in Sajazarra and that in 1904 it was already widespread throughout the area, which meant that in those years 1900 to 1920 a large number of vineyards were lost in Rioja and throughout Spain.